With Tableau gearing up for the release of version 2019.2, we have recently had the chance to test the beta version of the software. So here we’ll reveal all of the exciting new features included in this build, that will be made available to Tableau users in the very near future.

Tableau is firstly introducing vector tile background maps, which will make your maps look smoother and sharper than ever before. Additionally, 2019.2 is going to come with three brand new map styles (Street, Outdoors and Satellite), which will enhance the appearance of your maps, while new background layers will also provide more context to your geospatial data.

The next generation of Tableau will also give you more power than ever before to engage with your audience. Tableau 2019.2 will introduce the ability to visually change the value of a parameter. These parameter actions can then be used to drive reference lines, filters, calculations and even SQL queries simply by interacting with marks on the viz. This will enable Tableau users to improve the engagement of viewers with dashboards that could only otherwise be produced via complex LOD or table calculations.

Just like filter actions, parameter actions can be set via Dashboard -> Actions, and can be substantially beneficial when creating drill downs or a date granularity (e.g. day, week, month) or when using a date parameter to emphasize reference dates, among other functions.

This is a feature, which I have personally been awaiting eagerly.

Tableau 2019.2 allows customization of reference line tooltips. Now you can edit the tooltip text, or even disable it, making it consistent with the other tooltips on your vizzes.

While this feature could previously be achieved by playing around with parameters and blank objects, Tableau now offers the ability to easily toggle between showing and hiding floating containers on your dashboard. This feature is particularly important when maximizing screen size capabilities. 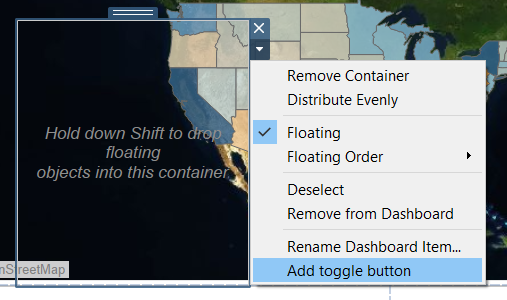 Tableau 2019.2 also allows customization of the toggle button. This enables you to choose the specific item that it is used for, provide different images for the button when it’s shown or hidden, and also specify a tooltip to provide further context for its use. 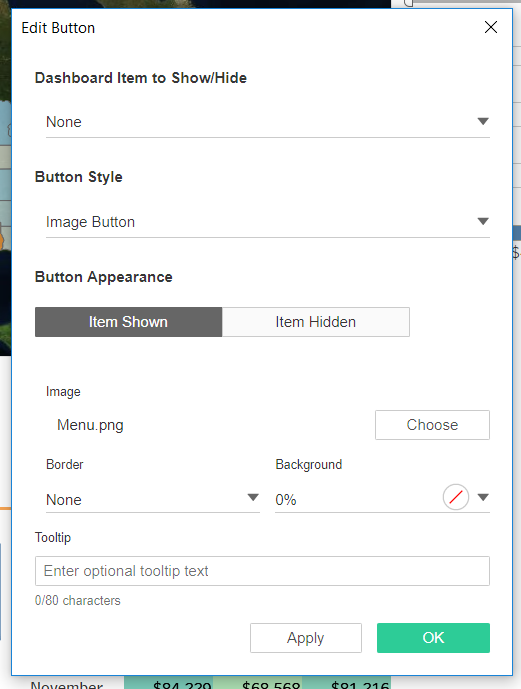 As you can see below, toggle buttons can be extremely convenient in creating menu items for your filters and parameters, and thereby allowing more space for your graphs. We have personally used a manual toggle for our mobile dashboards, so we’re excited that Tableau has enabled this automated feature, and we will definitely be using it as soon as it’s officially available!

Another feature included in the new version of Tableau that will make dashboard building easier is the ability to replace worksheets with a single click. In this latest version of Tableau, users simply select the sheet that they wish to replace, and then choose a replacement from the sheet list. If you’re a perfectionist – like us! – and want everything to be in place then you need not worry, as Tableau intuitively preserves all placing, dimension settings and aspect ratios from the previous sheet.

Ask Data is still in its early stages of inception, but conversational analytics are now even better. Tableau 2019.2 offers significant updates for Ask Data, with a new user interface and improved functionality. Users can now use Ask Data to add calculations on the fly, as well as automatically adding, removing, and replacing phrases on existing queries.

The multiple additions and improvements discussed in this post so far are just a selection of what Tableau 2019.2 offers. The final released version is also projected to include the following:

• A new left navigation tool for Tableau Server and Tableau Online, called LeftNav, which includes Favorites and Recents, and allows you to access content more easily.

• Secure connections over HTTPS for TabPy on Tableau Desktop and Server, improving the incorporation of Python scripts directly into Tableau.

• Improvements in local authentication security, with users being able to set password requirements (e.g. must include numbers, must be 8 characters in length), limit the amount of login rates allowed after multiple failed password attempts, and set obligatory expiration or reset dates for passwords.

• Automatic authentication of users without the need for credentials through TSM Direct Access when running the TSM controller on Windows or Linux.

• Improved security in extract encryption through Extract Encryption at Rest for Tableau Server, a new feature which enables users to implement encryptions on extracts, and specify encryptions for their published extracts.

• Following their addition in Tableau 2019.1, stored procedures now allow the use of parameters to define connections with relational database systems. Previously resulting in an error, stored procedure parameters are now available, with the inclusion of a dialog which enables users to view the parameters as defined in the database, as well as edit their values.

• Improved packaging and deployment of Tableau Desktop and Tableau Prep Builder to end users through Identity Based Activation, which enables the management and activation of Tableau licenses using credentials.

• Ability to export StoryPoints to PowerPoint.

With each update, Tableau manages to significantly enhance its software tools, and make data analysis and visualization increasingly interactive and convenient for its users. Tableau 2019.2 is no exception to that rule, and we eagerly look forward to its upcoming official release.